A young life lost to the vortex of despair on social media. 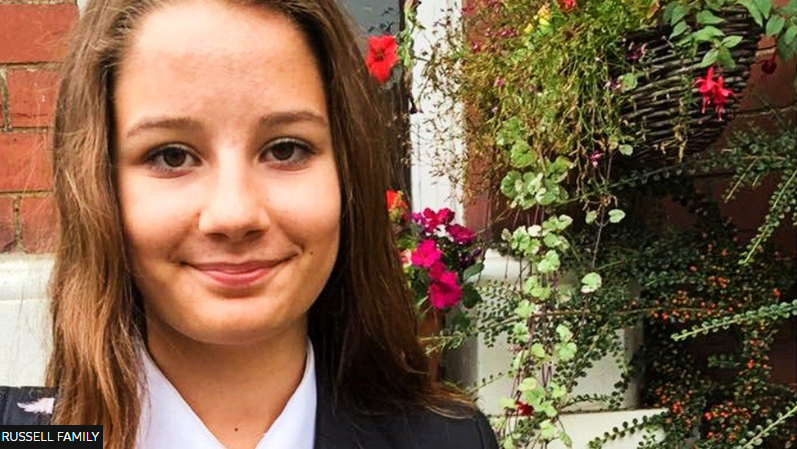 It has been a long road for Molly’s dad and her loved ones, since they lost Molly in November 2017.

Firstly, as parents, our thoughts are with Molly’s family today as Coroner Andrew Walker concluded at her inquest, that Molly ended her life ‘after viewing online content linked to anxiety, depression and self harm’.

The coroner concluded that ‘Molly died from an act of self harm, while suffering from depression and negative effects of online content’.

Mr Walker said ‘In some cases, the content was particularly graphic, tending to portray self-harm and suicide as an inevitable consequence of a condition that could not be recovered from’.

He added ‘It is likely that the above material viewed by Molly, already suffering with a depressive illness and vulnerable due to her age, affected her mental health in a negative way and contributed to her death in a more than minimal way.’

The psychiatrist Dr Navin Venugopal said the ‘very disturbing’ content Molly had engaged with ‘romanticised and glamorised suicide’ and would ‘certainly affect her and made her feel more hopeless’.

He said he had not slept properly for weeks after viewing the content.

Ian Russell, Molly’s father, who has spent the last 5 years taking on the tech Giants to ‘prevent such a young life being wasted again’ said ‘It’s time to protect innocent young people, instead of allowing platforms to prioritise their profits by monetising the misery of young people. For the first time today, tech platforms have been formally held responsible for the death of a child.’

The role of algorithms was in discussion at the inquest. Molly’s family lawyer reflected on the ‘deeply harmful material Molly was able to access’.

Social media companies have algorithms to keep you ‘down the rabbit hole’ by feeding you content you are interested in – and of course to sell advertising. By default, social media algorithms take control of determining which content to serve you, based on your behaviour.

But they also involve machine learning and computer science.

Pinterest sent Molly ’10 depression pins you might like’ accompanied by an image of a razor blade and ‘new ideas for you in depression’ amongst many other posts in the 6 month period before her death.

The Online Safety Bill, on which there is now intense pressure and which is due to finally make it’s way back to Parliament does include ‘duties of care’ which can carry large fines if not complied with – but does not include criminal sanctions for the giants of tech.

Mr Russell urged children who are struggling to ‘speak to someone you trust.. rather than engage with content online that may be harmful’.

Paying tribute to his daughter, Molly’s father Ian said ‘Thank you Molly for being my daughter. Thank you’.
‘We told this story in the hope that change could come about’.

We hope so too Mr Russell.