It’s been a while since we did a roundup of some of the smartphone apps, websites and games for Parents and carers. (and anyone who works with children and young people on online safety).

As we’re also parents, we understand the issues and challenges you face when trying to keep up to date with changes and developments in the online world our young people are growing up in.

Our aim here is to help keep you informed and up to date with a regular flow of relevant information. Without the scaremongering.

We believe that it’s important you’re able to access current information on a regular basis to help you with the regular conversations about online safety.

Omegle (Talk to Strangers) is a website which allows users to connect and chat with strangers all over the world. Omegle, on it’s home page, also offers an ‘Unmoderated’ video chat in which users can be exposed to graphic sexually related content and activity when using the website. To read our review Click Here 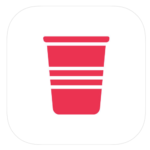 Houseparty App allows teenagers to Video Chat with up to 8 people at a time in one group. Houseparty users receive Chat requests which are sent out to your friends via notifications through the app or through SMS messages. As soon as your friends respond, your video chat is ready to begin. To read our full app review Click Here 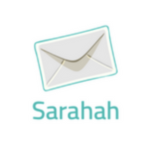 Sarahah is a message app which allows users to send anonymous text-based messages to other users. The app has recently been pulled from the App stores due to an online petition on change.org set up by a concerned parent. Even though Sarahah App is no longer available in the App store it can still be accessed via its website. To read our app review Click Here 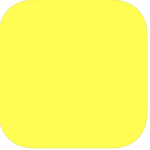 You might recall last November we released a blog post on an app called Yellow – dubbed by some as a ‘Tinder for Teens’ The app has now renamed itself Yubo and has a host of new features such as Live Streaming along with updated safety features. To read our app review Click Here 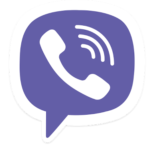 Similar to how WhatsApp works, Viber allows users to text, call, share photos and send video messages to people worldwide. However, the app has been rolling out other features which allow users the ability to have ‘secret conversations’. To read our  app review Click Here 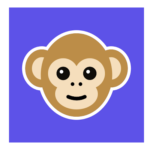 The Monkey App allows users to FaceTime total random strangers with the ability to connect with them on Snapchat. The idea behind the app is once you have set up your profile it will randomly connect you with someone else using the app. To read our app review Click Here 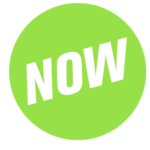 You Now is a live video-streaming and chat app & website.  According to the YouNow website, the idea is to ‘Broadcast Yourself, Discover great people & uncover the power of you’.  To read our app review Click Here 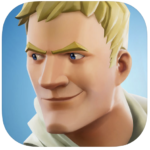 The Guardian calls it a ‘mass online brawl’. With over 40 million players worldwide Fortnite, Battle Royale is now one of the biggest gaming phenomenon’s out there. It’s likely your daughter, sister, uncle or son is playing the brutal and colourful battle game with many players reporting they are ‘addicted’ to it. To read our game review Click Here 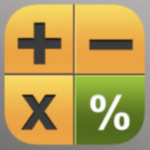 These have been around for a while and there are a number of different apps which allow users to discreetly hide images and videos on their Smartphone, within an app disguised as something else, eg Calculator %. To read our App review Click Here 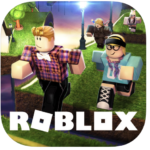 ‘ROBLOX’ is a multiplayer online game platform and also a games creation website for budding young developers and gamers. It’s been around for a while now, (founded in 2005) but has recently become popular with 6-16 yr olds in much the same way as MineCraft was – and has grown to over 48 million monthly active users. To read our review Click Here 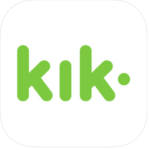 Kik is an instant messaging app. You create your own username and message others without using your mobile number. Users can share photos videos and content from the web via Kik. One of the main differences in Kik compared to other messaging apps is the ability to send messages to users without first approving them on a friend or contact list. To read our review Click Here

Others to keep on your Radar: 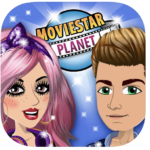 MovieStarPlanet is an app which is available for iOS and Andriod devices. You can create a famous movie star character to talk to others in the chat room, play games and watch videos. It is particularly popular with children of primary school age. The app does offer ‘in app’ purchases in which StarCoins can be used to buy costumes, animations, backdrops for movies. Police have issued a warning to parents after an eight-year-old girl was sent ‘explicit messages’ via the app’s private messaging service. 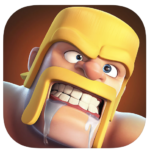 Clash of Clans is a combat game hugely popular with primary school children where players build their own armies (clans) and battle against other armies from around the world. Users can join forces with other armies or battle against others or you can battle on your own. There is also a chat feature where you can talk to other players within the app. It’s important for parents to know that in-app purchases are a big part of this game. 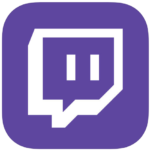 Twitch is a live video game app and website. You can watch playbacks of games being played by other people. You can also live-stream your own games, and chat to other gamers. Users can follow channels and games they want to keep track of. Twitch also allows live streaming which can be risky and present other concerns such as exposure to inappropriate language.

So what can Parents do generally?

That’s a great question. As we mentioned, it’s important for parents to become more informed in the digital world our children are growing up in. Keeping up to date with what’s happening with apps and social media is important. Below are a few suggestions which ALL parents can do:

• As a family have regular conversations about the latest risks online.
• Focus on practical ways to stay safer online such as being careful about sharing personal information, only accepting friend’s requests from people you know and making sure you have privacy settings set up and are aware of updates.
• Use Screen Time Management Tools – it’s important that we all take time offline and we manage the time that we are spending online. Try to set a daily limit and stick to it. (That includes you Parents)
• Use Parental Controls – it’s not about being controlling. It’s about helping block certain apps, limiting time spent on others and helping block access to any unwanted or explicit content such as pornography. Remember what is seen can’t be unseen.
• Have technology-free bedrooms and mealtimes. We don’t really need our phones in the bedroom. Or at meals. Keep them out of the bedroom and off the dining table. There is credible research to prove that it impacts our sleeping habits. Instead of setting our smartphones, revert back to an old fashioned alarm clock. And talk rather than screen gaze at the dinner table.
• Have a technology free weekend (or even a day a week). Spend family time without the disruption of constant ping notifications and annoying status updates. Head off for a hike or walk outdoors. Forget about selfies and live in the here and now. Make a pact as a family and leave all devices at home when you can. Fresh air, family and no phones. You know it makes sense.