Technology may just have got cooler. Or creepier.

Blippar, the app that uses facial recognition software to recognize your image will be allowing users to ‘claim their face’ in the digital space. Blippar is a visual discovery app, using augmented reality and machine learning to bring the physical world to life through smartphones.

At the moment Blippar have already uploaded 70,000 images of public figures and celebrities to their facial recognition feature. They want you to add yours.

Fun right? So Picture This.

You’re in a nightclub, dancing, music blaring. Guy in corner likes how you look, takes a picture of your face with his Blippar app. You don’t notice. Your pic uploads your social media profile, info online and anything in the newspapers relating to your image. Bobs your Uncle – he has your school/workplace, area you live, friends, photographs… you know what you have up there. Might be pretty easy for him to bump into you again.

I’ve been talking to students (and adults!) about this for years now. How as users of social media platforms we need to be more careful with the images we are uploading online, the personal information which we are sharing online and also who we are randomly accepting as friends requests because for many ‘it’s all about the followers!’. Quality, People. Not quantity. No-one needs thousands following of people following them. Unless you’re a Kardashian. The larger your following, the more chance one of them wont have your best interests at heart.

Now if you’re looking after your privacy, and dont ‘give them your face’ Blippar can be a pretty useful tool. Imagine you’re visiting a museum or art gallery, and you came across a painting you liked but wanted to know more information about it. That’s simple with Blippar ..All you do is is take out your phone, scan the image and Blippar will identify other useful information about it. It’s available for IOS and Android devices and once downloaded people can ‘blippar’ objects they’re curious about, unlock content and find out more information. What’s not to love about that! This app could be pretty cool!!

So What are the Risks?

As part of its augmented reality development blippar recognizes people as well as objects. So the fact that Blippar has started to use facial recognition tech to it’s app may for some be a little too much regarding invasion of privacy. It’s already up and running. I’ve tested it using faces in a well known national newspaper. I scanned a picture of the current UK Prime Minister and our Leader of the Free World Mr Trump and on both occasions Blippar correctly identified the individuals. This enabled me to find further information pulled in from a myriad of sources. Amazing tech. 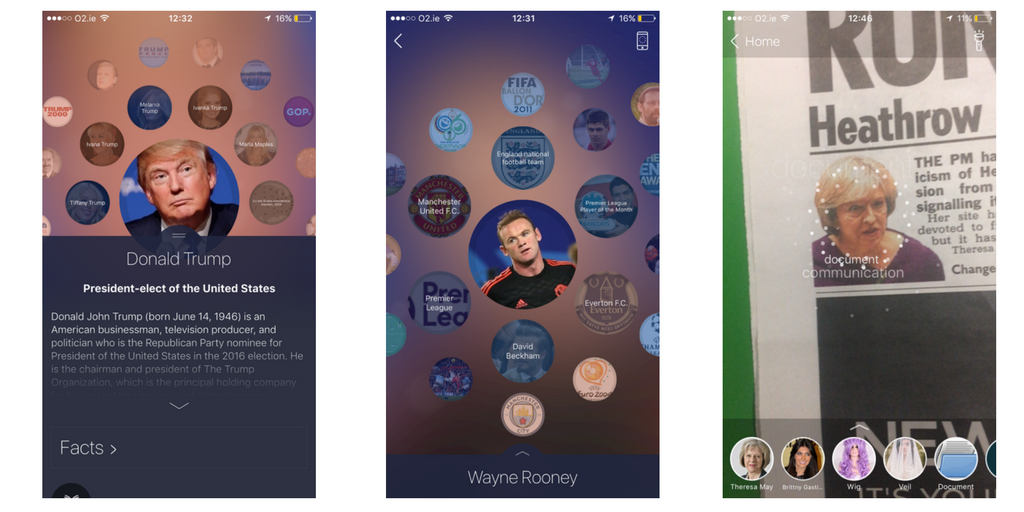 At this stage the app is identifying public figures, their social media profiles and Wikipedia entries. According to an article on BBC, Blippar’s co-founder Omar Tayeb confirmed that ‘Blippar had made more than 70,000 ‘public figures’ recognisable by the app.

Blippar do have plans, I would go as far as to say – priority plans to allow (encourage) users to upload their own faces. A feature which could be a huge risk to privacy and safety. Complete strangers could take a picture of you or perhaps even take a picture from social media, setting up a bogus account in your name with your image opting into the facial recognition feature and Bingo – they can find out more about you.

According to Omar Tayeb ‘It’s a totally opt-in service, the user has full control over what’s shown and they’re able to deactivate it at any time’. Whilst the apps’ augmented reality elements for objects and famous people are mind blowing facilities to have at your fingertips, the opting in feature to have your own face recognized would not be advisable.