Lindsay Lohan fans reading this blog post might just remember the term “Burn Book” from the film ‘Mean Girls’ in which the ultra ‘popular girls’ used the book to start rumours, stories and gossip about their high school peers. Well it seems the concept is now no longer just in the movies but has emerged digitally as a new Smartphone App available for IOS and Android devices.

Burnbook has hit the headlines recently in the US, where parents and teachers are expressing outrage over this new anonymous social networking app, that they say is designed to encourage cyber bullying and is bringing ‘threats of violence to their schools’ (Mashable).

So how does the App work?

Basically once you have installed the app you can search for ‘communities’, ie schools near your location. Once you have found a community and join, you can then post anything, on any topic, within the community. According to Burnbook these can be anything from ‘jokes, fails, wins, sightings, shout outs, revelations, proclamations and confessions — they all happen on Burnbook. Together, we can keep a secret’. 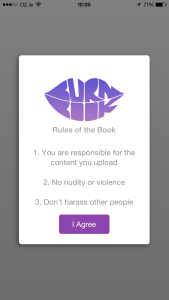 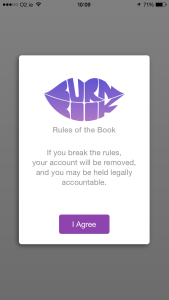 Founder and CEO, 23 year old Jonathan Lucas, said the app’s intent is for users to have a place to vent their gripes about friends, school, or just talk about anything. ‘We just really wanted a bastion of free speech’.

Lucas has vowed to include clear warnings that user’s IP addresses could be tracked to deter users from posting threats and delete content deemed offensive.

‘We’ve changed out objectionable content. In some cases, we’ve actually contacted the police before they’ve contacted us’. Lucas states and this is important

‘Freedom of speech is not necessarily freedom of anonymity…If that privilege is abused there are consequences’.

To be fair while the majority of these types of apps are designed by young, debatably/ blissfully ignorant of consequence dudes, who are not yet parents, this last statement makes great sense and should be a central principal for all social networkers.

As with other Apps we’ve checked out on previous blogs such as Whisper, Facebook Rooms and Fling, the key here is the ability to post anonymously. Users are not required to sign up or create an account when they download the app.

Schools in the US have already begun to see incidents develop as a result of Burnbook and according to Oregonlive.com a recent post on the 17th of March placed a School in lockdown when a bomb threat was made against Cascade High School, San Diego and another against Lebanon High School, Oregon on Burnbook . Students were arrested – the youngest of whom was an eighth grader – or 14 year old, to us guys in Ireland and the UK. Schools asked parents to monitor their children’s social media use.

In the Apps defence when you launch the app for the first time you are greeted with two screens telling you the ‘Rules of the Book’. Whether they are even read or make much of a difference remains to be seen. 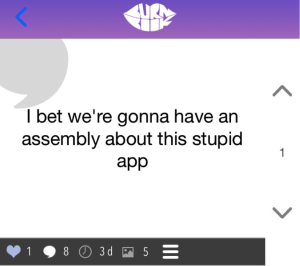 For the moment at least Burnbook is Stateside – but that’s not to say it won’t extend its’ reach to the UK or Ireland quite soon with the huge growth in popularity amongst teens for new anonymous apps to communicate with. Note to teachers and parents – Yet again, evidence that being aware of new apps, how they might be used and their risks and benefits has to be a duty of care.
Get a copy of my new book Click Here
Posted By Wayne Denner