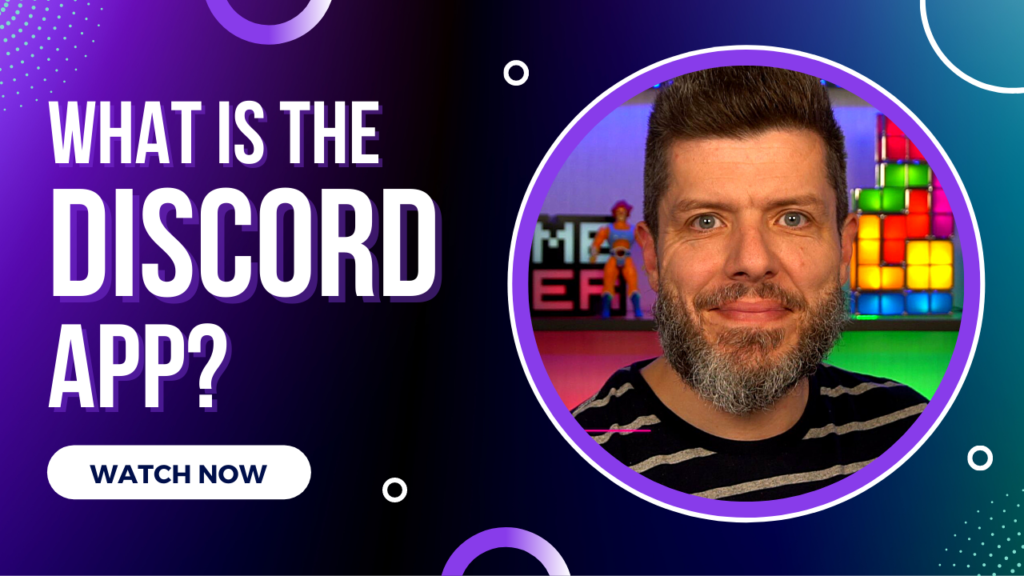 Is the Discord App Safe? What do Parents and Carers need to know?

ABC News Australia recently issued a ‘Warning to parents over Discord chat after Canadian travels to Australia to abuse 14-year-old’.  According to the article the individual aged 36 met a 14-year-old Australian girl from Perth on Discord.

ABC reported that ‘The District Court of Western Australia heard their messages quickly became sexual. In one of them, Huezo asked the child if she wanted to see something cool, and when she agreed, sent her an image of himself naked’.

Over the past few weeks, we’ve also received a number of questions from parents asking ‘Is the Discord App Safe?’.

So we thought it would be helpful to give an up-to-date overview of this app, some points to keep in mind and some helpful tips if you’re considering allowing children and young people in your home to use it.

What is the Discord App?

So the Discord App is a free app popular with gamers. It’s available on iOS, Android and PC.

Discord lets users chat via voice, text or video. It’s a mashup of Skype which you’ve probably used and Reddit which is a social news site in which users create and share content.

On a side-note here – some content on Reddit is only suitable for those 18+ and therefore is marked NSFW (Not Safe for Work). Teenagers in particular will often use Reddit to discuss games and game tactics.

So Discord is also a popular way for teenagers to group chat with friends due to its open chat nature.  To create an account on Discord users must be at least 13 years of age – we know however from our work that many children have accounts on Discord before they are 13.  It’s important for parents and carers to keep in mind that ALL of the content on Discord is user generated. Therefore there will be content on the app which will not be suitable for younger users or will be inappropriate – for example graphic images, inappropriate language and swearing.

The communities which operate across Discord are known as servers. These can be focused on a particular game, topic or trend.  Once a user has created an account on Discord, they can create their own server.  On Discord users can access public and private servers, however private servers do require an invite to join.  It’s worth noting that there are NSFW channels on Discord which require users to be 18+, however it’s pretty easy to sidestep and click through the verification.

The servers on Discord are broken up into different channels – text and voice.  A lot of the channels across the Discord App will have bots which operate in them. A ‘Discord Bot’ refers to a user-like member of your server that you can use to automate various actions.

Users can code their own bot which can run on Discord – bots are generally used on Discord to manage the server, ban and mute members, play music or control spam.  It’s important to keep in mind that when it comes to the bot the possibilities are endless, in terms of what it could be created and programmed to do.

On Discord Fortnite, Minecraft and Roblox are games with a big following – especially with younger children and teens.  Across Discord there are many public servers dedicated to popular games such as Fortnite, Minecraft and Roblox.  Many gamers will also use private servers with their friends to chat while they play together.  Discord also allows ‘in game overlay’ for Fortnite and other games so the Discord chat is visible while gaming.

As with all apps, privacy settings are important but so too is thinking about who you connect with and what you post and share.  Discord does have a number of privacy and safety settings which users can implement.

Like with most social media apps, platforms and games, there will be users who are not who they say they are.  Getting into the habit of only accepting friend and server requests from people you know is a good way to stay safer when using Discord.

And as with most homes you’ll probably have children or teenagers in your home who love to game.  Over the past number of years we’ve reviewed a plethora of apps, platforms and games.

One key thing we’ve found,  which remains consistent – is that although as a parents or carer you may have read an older post or watched a video on a particular app, platform or game, new features are constantly being rolled out and therefore it’s important for parents to keep themselves up to date.

Things change regularly so it’s important to take a few minutes each week or month to get the heads up for conversations at home one of the best way to do this subscribing to our weekly updates via our handy App.