Smartphone Apps for Parents to know about

You might recall a blog article some months ago from yours truly – ‘Smartphone Apps Parents need to have on their Radar’.

A number of Parents, Teachers and others who work with children and young people reached out to say how useful they found the post and handy it was to have an overview of these apps.

So I’ve worked up another overview of the latest Smartphone Apps being used by teenagers and young people.

It’s worth pointing out that 90% of teens I speak to in schools are actively using smartphone related apps to connect, share, create and chat. And so it’s important for parents and teachers to be aware of the popular apps, have an idea about how they work and some of the potential dangers, as well as the benefits.

Now Mums and Dads as I’ve said before on this – You’re not expected to be experts. I’m up to date on this stuff as that’s my job. The purpose of this article and other content I create, such as my book, is to support you to confidently have honest and informed conversations with your children about online safety. 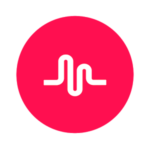 With 60 million users and growing, musical.ly has become really popular with teens and young people – many as young as 7-8 years old. The idea behind the app is that it allows users to create lip-syncing videos to their favourite songs or use music from their own device. Videos are typically 15 seconds long. You can add filters, time lapse, slow motion and other effects.

Users of musical.ly are known as Musers and like other social networking platforms you can like and comment on videos from other musers – as well as share videos you come across. The app also has a ‘Duet’ feature which creates a combined video featuring your video integrated with another muser’s video. Fun eh.

The app is still relatively new, but there are concerns relating to inappropriate content and also offensive language used in the lip-syncing videos. Not surprisingly given the examples out there from some established artists.

If you’ve a teenager using musical.ly here’s the heads up on what to mention to them:.

Lip-syncing videos which they create can impact their online reputation.

As a user of the app you can set an account to Private. When you create a musical.ly your profile will be Public unless you change it to Private. Setting it to Private is useful as you must approve anyone who wants to follow you and see your videos. The app also asks users for their Instagram ID to add to their profile making it easier for someone to find other accounts they have. Ask them to consider how much they want to share with strangers.

As always a lot of smartphone apps don’t actually require location settings to be enabled in order for the app to actually work so they can turn Geo-Location off. musical.ly is no different so unless you want to use the city feature to find musers near you it might be wise to turn this off. This app is rated 12+ in the app store. 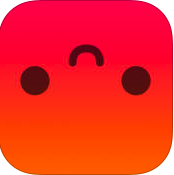 Not happy with being the biggest social media platform in the world, it appears Facebook has created a Snapchat type app of it’s own. Although not available in the UK or Ireland (yet) the app is aimed at high school students.

This is not Facebook’s first attempt at a Snapchat type app. Remember Slingshot?.

Lifestage is a video focused app that connects students with other students from their school. According to the app store description ‘you can get to know people better in your school and nearby schools, discover others who are into the same stuff you are, and connect with them’.

The interesting thing about this app is that it was created by teen Facebook employee Michael Sayman (19) who says that while he and his friends were active on many different apps — Facebook, Snapchat, Instagram and Twitter Lifestage was borne from the need to express individual personality as they felt that ‘none of those (apps) seemed to do a really good job at conveying someone’s personality beyond a one-line bio or a profile image’.

The Lifestage app profiles differ from normal profiles on Facebook or Twitter in that it is totally selfie and video based, showing everything from your musical taste, to your favourite activities and your best friends. Once you’ve connected with your classmates you can browse their profiles and check out their collection of photos and videos.  According to a recent article on Tech Crunch Users aged more than 21 are only able to view their own profiles.  It is also worth pointing out that the App creators have said “We can’t confirm that people who claim to go to a certain school actually go to that school. All videos you upload to your profile are fully public content”. 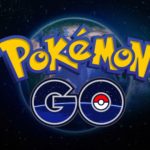 If you, like me were a teenager in the 1990s yes the 90s – remember that? You might recall hits like “Nothing Compares to You” by Sinead O’Connor, ‘Genie In A Bottle’ Christina Aguilera or how about the Spice Girls ‘Wannabe’? ,Ooh yeah, we had some classic music in the 90s ☺.

So while we’re going all nostalgic, you might also recall the Pokemon Craze that crashed onto our Nintendo devices in the 90s. Now for those of you who’ve never experienced the delights of a Nintendo device or the world of Pokemon, here’s a quick overview:

The first of many, Pokemon was released in 1998 for the Nintendo GameBoy.

The player (known as a trainer) goes on journeys that involve traveling from place to place, catching and training Pokémon. The player battles against other Trainers’ Pokémon on a quest to become the Pokémon League Champion. Other goals and aims include catching and cataloging all of the many Pokémon within the game’s world. So that’s how it worked originally…

The concept takes your real geographic location (in the actual outside world!) – and turns it into a game.

You can catch rats, dragons, swordlike creatures, claim them for your own and use them to fight against each other. All in a version of your real world environment. What’s not to love?

There are 2 big differences between the original Pokemon games of the 90s.

Pokemon Go is not for Nintendo’s handheld consoles. Instead it runs on iPhone and Android devices and uses augmented reality technology to merge your real world with the virtual world. It uses your phone’s GPS and clock to decide which Pokémon appear in the game. Players of Pokémon Go use their phones to capture virtual creatures which appear to be hovering in their immediate vicinity (your location) in the real world!. Say you’re in a park or city for example, you’ll see the landmarks represented on your screen in the game. Easy to see why children (and many adults) love this game and why it’s gone viral!

Moving forward in the game involves collecting items such as ‘Poké Balls’ which are needed to catch monsters, and can be found at ‘PokéStops’. Players use captured creatures to fight other players at ‘gyms’. PokéStops and gyms are usually located in public places such as libraries, churches and landmarks flagged by the game on a digital map – all available using the phone’s own GPS.

So what are the safety concerns?

Hmmm. Where do I start.

Displaying your Location
Players using the GPS which creates the digital map to determine the location of the creatures and places to visit. This could potentially lead or ‘lure’ young players into unsafe locations. One such example being reported in The Wall Street Journal, was that in O’Fallon, Mo., four teens waited at PokéStops in order to rob arriving players, police said. Law enforcement in the US have issued many warnings reminding users to be mindful while exploring.

Distracted Driving
Among recent cases world-wide are a teen crashing his car into his school, another driving into a police car, one wandering onto a highway, two falling off a bluff, numerous being knocked down and the list goes on – all while playing the game.

In Sydney, according to an article in The Guardian, two 17-year-olds were caught driving – at low speed, but driving nonetheless, while playing the game. Each were fined $325 and incurred four demerit points. Police commented that ‘the level of distraction was worrying’. I’d say so.

According to law enforcement in Tasmania, ‘Police have seen an increase in the number of calls about suspicious vehicles and behaviour and people driving while using mobile phones, with the explanation that drivers are ‘looking for Pokémon’.

With Pokémon Go recently released in the UK and now in Ireland these concerns are real and worrying and something young (and all) users need to be aware of. It’s important for players to keep alert and aware of their own safety when using the game and not to put themselves or others at risk.

Positives around the game are the sociability – getting outside and that Pokemon definitely encourages exploration of our environment. If you look up from your screen that is ☺.

Firstly it’s not new. Periscope, a Twitter-based Platform and also Meerkat plus popular Teen app YouNow all have been enablers of Live Streaming for some time. Facebook is the latest to enter the market and could become a dominant player given the vast number of people who still use Facebook as well as other apps.

When the user goes Live on Facebook others watching the stream can like and comment on the live video as it happens. Once done the creator has the option to post the video to their wall on Facebook allowing it to be replayed ad infinitum.

So what are the risks?

Teens could be putting themselves at risk by live streaming from sensitive locations such as within their bedroom, with little regard as to who is watching and what personal information is been released during the stream. Anything that’s put out, as we know, can be captured whether it be in a screen shot or recorded from a remote device.

When it comes to live broadcasting teenagers don’t always consider the risks – where the content they create may end up or how someone may use it against them.

We’ve seen many mature and public figures just this week mess up online – and these guys are media trained!. Give your teenager the best chance by combining their knowledge of technology with your informed guidance. Enjoy Tech safely.