Police and Schools issue alert to Parents over Huggy Wuggy 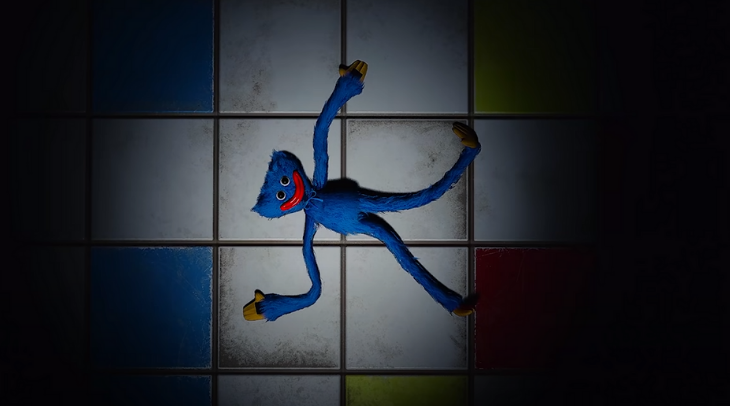 And not before time. Huggy Wuggy is not for young children.  Nor is Mommy Long Legs or Kissy Missy.

But don’t take my word for it.  Watch this now and judge these characters for yourself..

So we’ve probably established now that as parents we would not be happy for our 5 year olds to access creepy cartoon-horror violence.  Nightmarish scenes that will, very probably prey on their minds – at best giving them a few nightmares and at worst lingering on in their subconscious for a long time.

Meanwhile the merchandise has been out for a while.  Amazon sells the plush toy characters, advertising life-size toys with children aged around 8-10 yrs old.

So it begs the question, should the giants of tech take some responsibility for their content? Or just make money from it regardless? Am up for a Duty of Care and ethical debate, should any of them care to join me.

WHAT IS HUGGY WUGGY?

Police and Schools are alerting parents now because the character Huggy Wuggy has been crossing over into popular videos which are appearing on YouTube, Kids Youtube and TikTok.

Poppy Playtime Chapter 1 has been around for a while and is available on PC, Android and iOS devices.

There is also a Chapter 2 on the way and this is likely to be available over the next few months.  This will, no doubt, see a surge in interest and popularity around Huggy Wuggy and Poppy Playtime.  This in itself will further fuel irresponsible content creators to look for ways to create teaser videos and share fan-produced videos which will be available across most of the popular digital platforms younger children use.

So prepare to find Huggy Wuggy and other characters from the games such as Mommy Long Legs and Kissy Missy, on spin-offs, teasers, trailers and games like Roblox which are popular with younger children.

WHAT ELSE DO PARENTS NEED TO KNOW?

Having watched some of the teaser and fan-generated content which is available across the internet – its creepy even for adults.  Just going into Google and typing in ‘HuggyWugg’ brings up a nightmarish video on the first result.  Take a minute and watch the official game trailer for season 2.  It’s highly likely younger children in particular will find the content frightening and upsetting.

Each day there are new apps, social media platforms and games being released.  Often a character from a game or film which has soared in popularity will cross over to other popular platforms such as YouTube or Roblox.  A current example of this is the two main characters from Uncharted, (which is inevitably going to become a franchise) Tom Holland and Mark Walburg – are now characters on Fortnite.  Great film by the way 😊.

Creators on platforms like YouTube, TikTok, Snapchat and others are incentivised to create content, the more views the content gets, the more engagement and the more visibility the creator or channel gets – and the  more money they make.

Paying attention to what our children are accessing on their devices is essential.

Encouraging or turning a blind eye to this type of ‘entertainment’ is not likely to end well.

This is simply not true.  Youtube just don’t accept accountability.

If your child has viewed Huggy Wuggy or related content, don’t panic.  Ask them to show it to you and reassure them they are safe.  Then REPORT.

If you want to find out if you child has seen it, don’t name it, just ask if they’ve seen anything upsetting online.  If they know the name they may just have heard about it in the playground. Stay calm and reassure them they are safe.

Lastly, share this information with other parents and family via private messaging, not on social media channels.