Sarahah – Yet another Anonymous Messaging App in the App Store 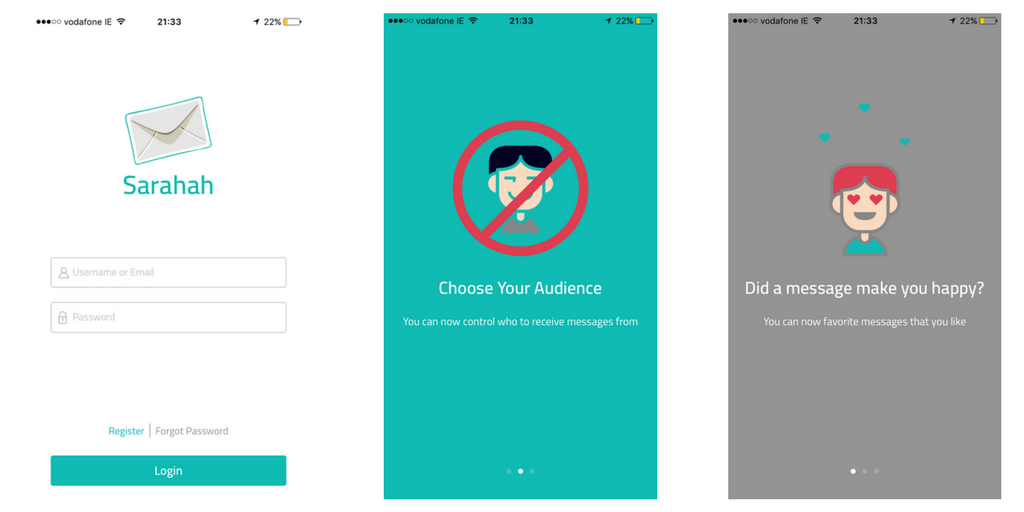 As of 27th Feb 2018 The Sarahah App has been dropped from both the Google Play Store and the Apple App Store after bullying accusations.  An Online Petition on change.org accused Sarahah of facilitating “Bullying” & “Self Harm” and has quickly gained nearly 470,000 supporters.  Please also note that even though the App has been dropped from the App Stores.  Users can STILL access Sarahah from its website.

Over the past 12 months on our e-safety blog we’ve reported a number of anonymous messaging and feedback apps. It seems that this trend in such apps won’t be slowing down anytime soon.

In the past week we noticed one such app soar to the top rankings within the app store as the most downloaded app. ‘Sarahah’ (Arabic for ‘candor’, ‘openness’ or ‘honesty’) has become popular with US teenagers and has been gaining popularity with users in other countries such as the UK and Ireland.  According to a recent article in Irish Independent “Dublin school warns parents over ‘honesty’ app that may lead to bullying”

Sarahah is similar to other apps we’ve reviewed in the past such as Yik Yak, Secret, and After School – with those apps there were obvious online safety concerns of which parents need to be aware.

According to the app’s website – ‘Sarahah helps you in discovering your strengths and areas for improvement by receiving honest feedback from your employees and your friends in a private manner’. Sarahah originally started out as a website intended for employees to give anonymous feedback to their employers.

Once the Sarahah app has been downloaded, users must create an account on the app. The user will create their name ie name.sarahah.com. They can then search for other Sarahah users on the app and send anonymous text based messages. The main difference with this app compared to others is that users can only send messages – they cannot respond to messages received.

The app does offer some limited privacy features which allow users control over the following 2 options:

As with other anonymous apps we’ve highlighted in the past, there is always the potential for apps of this nature to be misused in relation to bullying, harassment or abuse. Trolling could also be another potential concern. Teenagers can also use the Snapchat ‘Paperclip’ feature to share links to their Sarahah profile, encouraging others to send them anonymous feedback.

Teenagers and young users can be especially vulnerable due to their prolific need for affirmation of their online identity on social networks.

One to watch for parents.