Right so before you as a parent start jumping up and down and high-fiving let’s take a look at what this actually means for parents and if these tools are useful.

Recently we created a handy Step by Step video on how to set up family pairing over on TikTok. This offers parents and caregivers access to some parental controls on the platform.

Well not to be outdone, it should come as no surprise that Snapchat would follow suit and offer some parental controls to parents.

Over the years we’ve spoken to our fair share of parents and caregivers who have had concerns and issues with Snapchat. Check out our recent video blog alerting parents to the fact that ‘strangers can now get directions to your child’s exact location on Snapchat?’  If you missed that video catch up here.

We’re big ambassadors of ‘safety by design’ meaning that when any of these tech companies are developing new features, they put the safety of the users first and foremost. Sometimes, for many, it can be an afterthought which only gets attention when things go wrong. As we know when it comes to social media it’s been going wrong a lot.

According to an article in The Verge recently ‘Snapchat to let parents see who their kids are chatting with in app’.    The article mentions that ‘As part of Snap’s child safety efforts, Snapchat is launching a new supervision tool on Tuesday that the company says mimics how parents and teenagers interact in the real world’. Okay then.

This feature is the first of a number of tools Snapchat is rolling out for parents as part of Snapchat’s new ‘Family Center’.  This offers parents the ability to see their child’s friends list as well as a list of accounts they’ve interacted with over the last seven days and the ability to report any concerning accounts to Snap’s Trust and Safety Team.

However children and teenagers can leave the ‘Family Centre’ group. And they will. You  will receive a notification.  But surely the mighty Snapchat could find a solution for this – to stop them leaving?. Baffling. So again parents it’s up to you to let your children know that Family Centre is a condition of using the app and phone. That you pay for. 😊

WILL THIS FEATURE BE HELPFUL TO PARENTS AND CARERS?

According to the official blog over on the Snapchat website ‘Family Center is designed to reflect the way that parents engage with their teens in the real world, where parents usually know who their teens are friends with and when they are hanging out – but don’t eavesdrop on their private conversations’

This feature is likely to work best with children and younger teenagers.  Teenagers 14-16+ who have shown maturity generally can be rewarded with digital agency when showing that they can use apps like Snapchat and TikTok safely, responsibly and productively.

Also keep in mind what we mentioned earlier in relation to how the feature works – it will only show who the child’s friends are and who they have messaged, It does not show the content of the snap, the message text itself or pictures.

Many children and young people do accept friend requests from people they don’t know. This is a concern.  While this might show some account names which you don’t or they don’t recognise, many users on Snapchat don’t in fact use their real name as part of the username. This can also present opportunities for predatory behaviour towards young people.

Parents and caregivers from their own account do have the ability to report accounts and abuse but this element of the feature seems to fall short as it relies on the young person bringing the content or account to the attention of the parent.  Normally they’ll be more concerned that their phones will be confiscated. 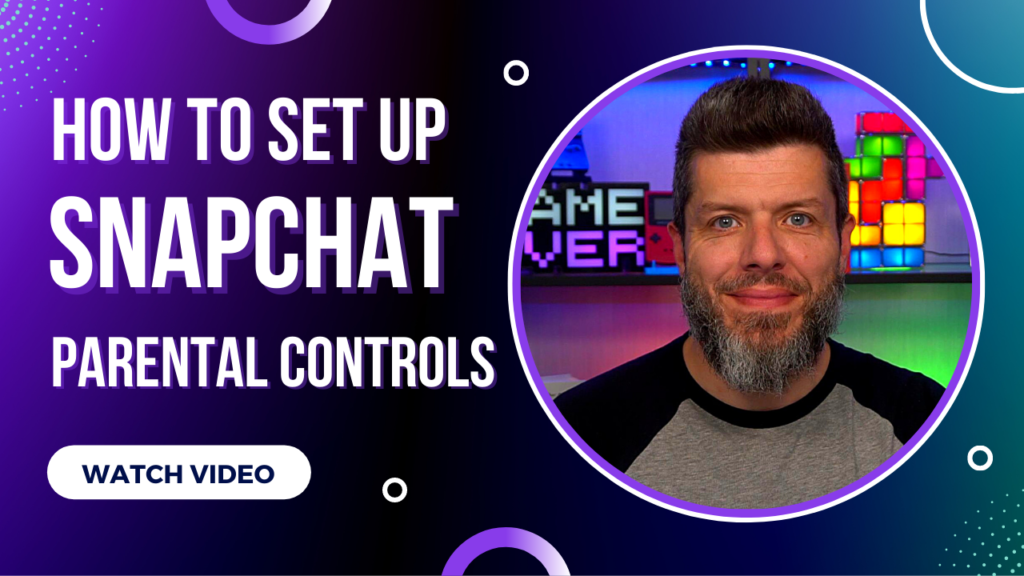 When it comes to the parental controls many of the popular social media platforms are rolling out, they may help  younger teens.  Stabilizers are very important when it comes to online safety.  We want to ensure we have these settings in place to help our children develop confidence online as they get older and as they show healthy digital habits some of the stabilisers can be removed.