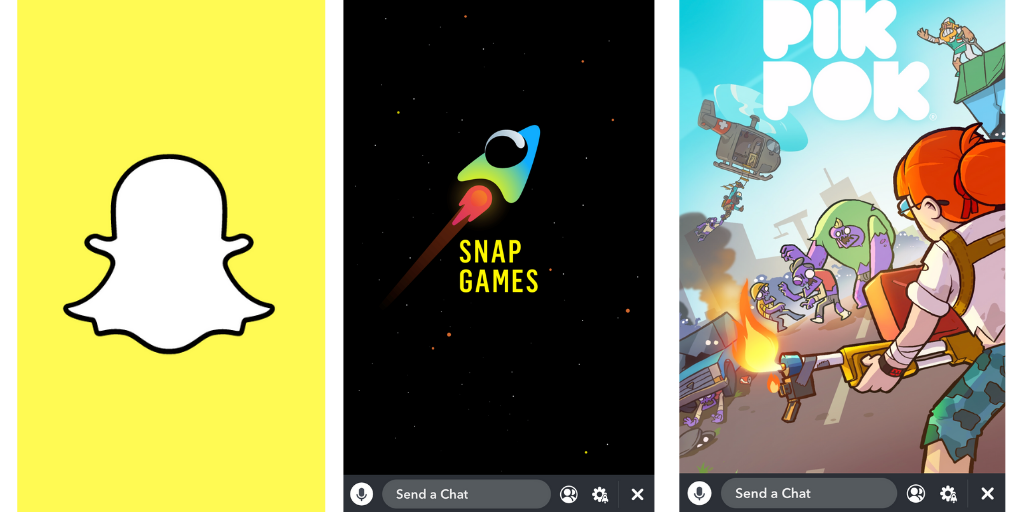 Social Media apps are always looking for ways to engage users and keep reinventing their product offering.  In-app gaming and gaming, in general, has become a huge phenomenon.

Just think about how successful the Fortnite, Apex Legends and Red Dead Redemption games has become over the past 18 months. The revenue these games have developed has been huge.

So it’s no surprise that apps such as Snapchat would want to tap into this potential –  offering their user base another reason to spend more time on the platform. Snapchat has been losing fans and revenue over the past year or so, with the infamous ‘Slap Rhianna or Punch Chris Brown’ advertising car crash and Kylie Jenner abandoning the app which reportedly left it down 2 billion in revenue. So you can be sure there’ll be plenty of new features, games and ways to keep the kids aged 9-21 focused and ‘entertained’ with this app in 2019.

According to WCCFTech, Snapchat has just announced its ‘Snap Audience Live’ which helpfully assists other apps to assist 3rd parties who may not have the resources to advertise here.   Snapchat will of course share in the revenue generated here. After all, Facebook earns $7 per user, while Snapchat earns a mere $2 per user.

So what is Snap Games?

In a nutshell, parents and carers,  it’s a new feature within the Snapchat app which allows users to play games with Snapchat friends. The games are simple, fun and social.  The idea is that the games allow users to play real time, multiplayer games while texting and talking with their friends.

Currently there are 6 games, with no doubt more becoming available, over the coming weeks and months. The 6 games include:

How do Snap Games Work?

No extra apps are required to play Snap Games. All users need to do is open a new chat message with another user and tap on a new rocket icon located in the far-right side of the Chat bar.  The games – all of which are ‘free’ at the moment will appear with, of course,  plenty of unskippable adverts. There’s no such thing as ‘Free’ Snapchatters!.

It’s well known that girls spend the majority of their time online on social media apps, while it’s been difficult for social media apps to shift the boys over from gaming.  Snapchat has cleverly included some slimmed down versions of battle games for the boys so you may find they’ll take more interest now in this platform.

The new games features are great news for Snapchat (stock figures went up nearly 5%) and of course there’ll be even more ad-clicks targeted at young users, as well as a very likely increase in the time kids spend on the platform.

If a correct date of birth is input for younger users, they’ll be directed to Snapkidz (Photo and drawing app probably a bit boring for today’s kids and it’s not on Android so kids will gravitate to Snapchat even if they have to be ‘creative’ with their birth date. It’s also loved because it doesn’t use up your data if you’re on Three Networks Go Binge.

Let your child know you’ll be checking their account regularly from the Get Go.

For older teenagers, let them know you understand it’s a cool app and you’d like to know how it works.  Let them show you the features particularly around the new games, geo-location and ‘Add nearby’, two step verification and snapchat code risks and how Snapchat ‘Memories’ work.  It’ll progress conversations between you that interest you both and may help you to come to mutual agreements about what’s ok and what’s not on Snapchat and other apps.

Another Gentle Reminder on Screen Time

Despite all the hype in the media about screen time, and while us parents realise the importance of balance in on-screen/off-screen time, Snapchat along with Facebook, Instagram and all the rest of the social media giants continue to strive to increase the amount of time our children and young people spend online, on their platforms.  It can be a struggle that our children see screentime as default.  But as parents we need to Keep on Keepin On (Joe Dirt J) Every home can benefit from screen time boundary settings, device-free dinners and family time and actively promoting healthy media habits for adults and children at home and to friends and extended family.