The Alternative Use for Snapchat 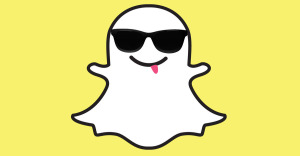 Let’s face it – it’s everywhere. The explosive growth of Snapchat continues to reign with Facebook and Twitter looking on in awe.

In May 2014, according to Snapchat’s figures, the app’s users were sending 700 million photos and videos per day, while Snapchat Stories content was being viewed 500 million times per day – not bad for an App, which has only been kicking around since September 2011.

Many people, including businesses in my opinion, are missing a massive trick in relation to how the app can be used and the benefits of its Snapchat Stories feature. Now I’ve already blogged recently on how West Midlands Police have caught onto the whole idea of using Snapchat Stories to engage with their youth audience. I’ve begun recently to create my own Online Reputation Snapchat Stories using other platforms such as Twitter and Facebook to encourage users who are active on Snapchat to follow me.

Each day I create a meaningful Snapchat story around the area of protecting your Online Reputation and managing your Digital Tattoo. This could be an image or a short video I share as a Snapchat Story- which will be available for up to 24 hours on my feed.

I’m only testing the water but can see massive potential for others to jump on board with this approach, especially those looking to engage with a young, mobile savvy audience. This could be a massive opportunity for businesses and brands to use the channel as a creative way to engage with a whole new audience.

But and it’s a big but, many businesses, in both public and private sector tend to forget social media is about a 2-way conversation. It’s not all about spamming up your audience with your business or sales messages. The content you create needs to become meaningful to your audience. This is the challenge which many businesses, organisations and brands struggle with when it comes to getting it right.

Snapchat usage is prolific with upwards of 80% of students in the schools I speak in now using the app regularly – beating Facebook, Twitter and Instagram.
So grab the opportunity to engage a connected mobile audience and get snapping.

To see how I’m doing it just search waynedenner on Snapchat.