The Metaverse the even wilder west 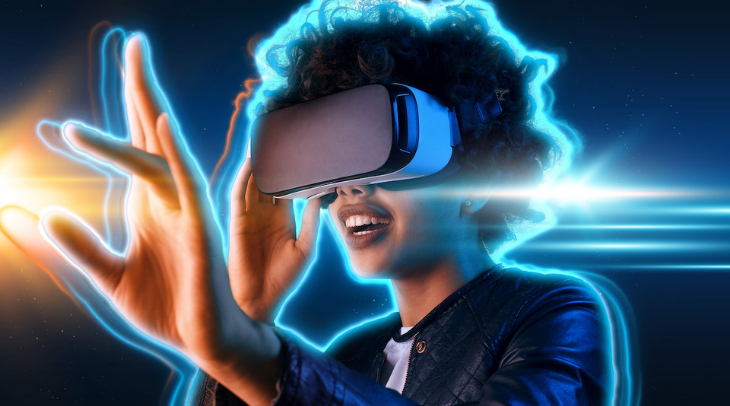 The Metaverse has been described as ‘The biggest change to the way we live, work and play since the birth of the internet’ or ‘The Internet – but in 3D’.

But what exactly is it?

It’s the creation of a network of 3D virtual worlds. The Metaverse uses augmented reality (AR), virtual reality (VR), and blockchain, along with concepts from social media, to create spaces for users to escape into and explore.

Over the last decade Facebook has shifted its focus away from social media. The purchase of Oculus in 2014 paved the way into the Metaverse – even going so far as to rebrand itself as ‘Meta’ in October 2021.

The release of Meta’s VR headset ‘Oculus Quest’ back in May 2019 has brought the Metaverse into many homes.

The second-generation headset ‘Quest 2’ was released in 2021 and has sold more than 10 million units. To use the Oculus Quest headsets, you need a Facebook login. Meta’s terms require anyone creating a Facebook account to be 13 years old.

Although the Metaverse and VR/AR go hand in hand there are many VR games that do not require you to access the Metaverse. This sounds very exciting – and as adults we can make choices to use immersive entertainment experiences which can be amazing.

As with all emerging technologies, legislation and regulation do not move at the same swift pace as game development and this is where caution and adult supervision is key when playing games in the Metaverse – especially where younger users are concerned. 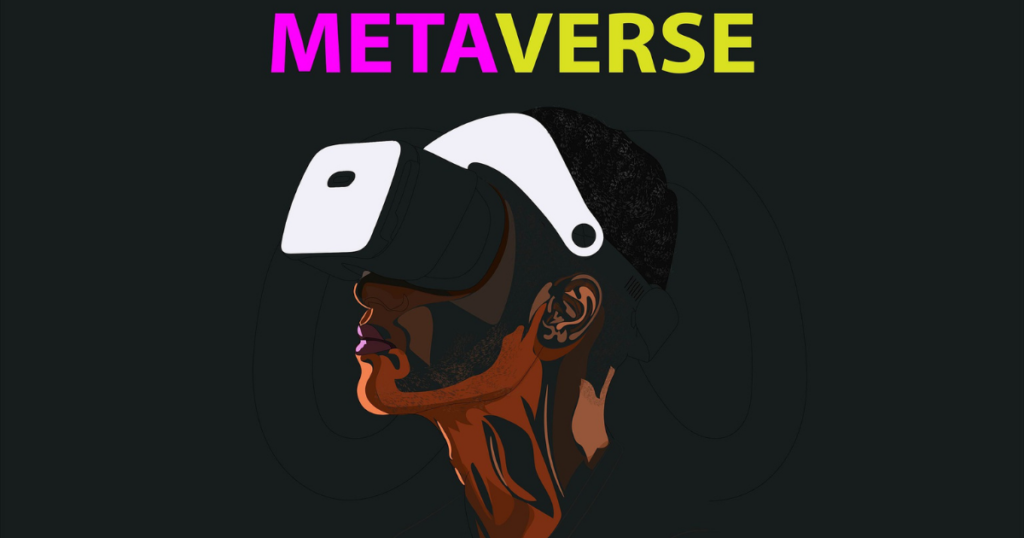 Popular Platforms within the Metaverse

Meta’s highest profile platform for its Oculus Quest VR headset is called Horizons Worlds. The number of users in Horizon Worlds at the start of 2022 was around 300,000 people. Horizon Worlds lets people build custom environments to hang out and play games in as legless avatars. There’s a reason for that, you may have already guessed. We’ll come to that in Part 2.

This game is rated as 18+. In theory, kids aren’t allowed in the game. In practice however, very young kids are playing. Mixing children with adult strangers in a largely self-moderated virtual world, creates an opportunity for abuse. After complaints of sexual harassment in the game Meta have implemented ‘personal boundaries’ to Horizon Worlds and venues to fight harassment.

Each avatar will have a bubble with a radius of two virtual feet, so they won’t be able to come within around four feet of each other.

By default, the personal boundary is turned on for non-friends only. You can turn it on for all users or turn it off by going to the Settings menu under ‘Safety’. Again, children and teenagers may make choices out of curiosity or just innocently make the wrong choices on ‘personal boundaries’ – which may be risky.

Another popular app is VRChat where players can create their own social spaces and avatars.

In a recent ‘Dispatches’ programme a BBC journalist posing as a 13-year-old girl logged into the Metaverse world with a fake identity, to find that the VR exposes children to sexual content, racist insults, and threats of rape.

Using the VRChat app, the BBC journalist could easily join virtual-reality rooms where avatars were simulating sex. In a virtual strip club, there were adult men chasing a child while telling them to remove their clothes. She could access sex toys and condoms and was contacted by numerous adult men.

The fact that she was only 13 did little to dissuade them from harassing her. On one occasion she even saw a group of adult men and minors simulating group sex.
VRChat has recently implemented a ‘Safety and Trust system’.

It is designed to give control to users, allowing them to determine how, when and where they see various avatar features. Users can be ranked and their rank affects their presence on VRChat. This system is still in its early stages of development and hopefully in time will meet the expectations of users wanting to chat in a safe, non-threatening environment.

RecRoom is a social hangout game, where users meet up with friends to explore and create rooms, each containing a different experience. One room might be a game of laser tag or dodgeball, while another could be a parkour course or virtual boxing.

Its age rating is 9+. It has a huge online environment with more than 10 million users worldwide – a large majority of whom are adults.

This game is very appealing to younger users with its extensive range of experiences and is great fun to play. It can be played on various other games consoles so friends can play together without the need for a VR headset.

Due to its lower age rating there are more parental controls in place compared to many of the other games you might find in the Metaverse. Players under 13 can have Junior accounts which can be linked to and moderated by a parent/guardian account. It will also restrict voice and text chat amongst other things. There is also the option for players to play in private rooms with just their invited friends.

However some rooms have adult themes. The game’s code of conduct stipulates that players must be warned about anything of this nature before entering a room, but users who don’t have a junior account could still potentially gain access.

We’ve all learned from Facebook and other social media platforms that children will invariably not use their correct date of birth. Creating an account is easy – to start a new game of Rec Room, go to ‘Create an Account’ and follow the instructions. 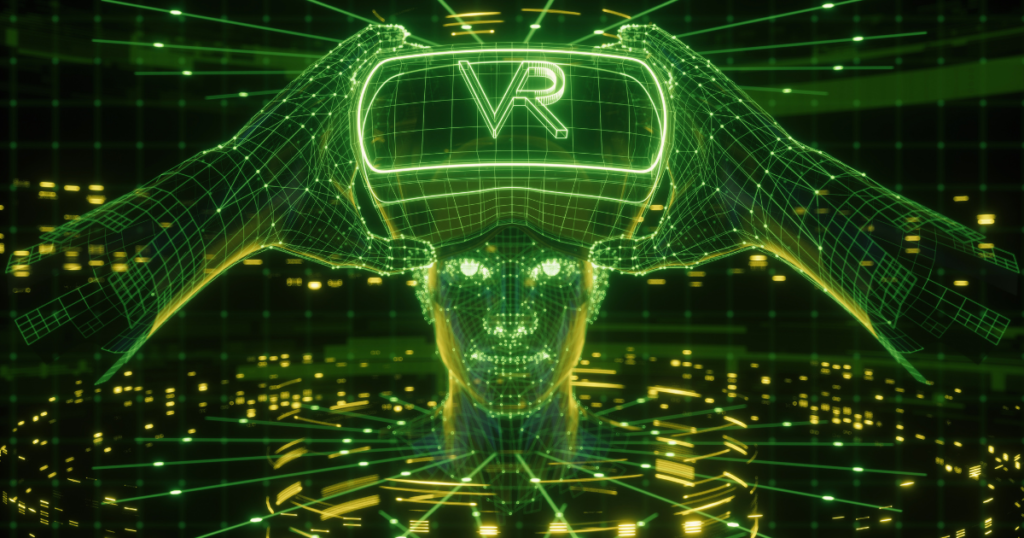 Who regulates the Metaverse?

Before we try to answer this question and absorb what it really means, let’s think for a minute about how successful it’s been to try to get regulation and protection for children and young people – just on the internet as we know it currently.

The Metaverse is evolving and expanding at a rapid rate, with companies investing mind-blowing sums of money in development.

Regulating this space hasn’t really been a consideration – profit is King.

It’s only recently – due to the ever-expanding number of complaints around the dark side of the metaverse, that risks to children and young people are starting to be addressed and parental controls are being implemented.

The UK government has produced an Online Safety Bill which gives Ofcom powers to fine companies failing to comply with the laws, of up to ten per cent of their annual global turnover, forcing them to improve their practices and block non-compliant sites. The proposed legislation in theory allows Ofcom to tackle harm on the Metaverse but how much impact this will have is yet to be seen.

At present there is very little regulation in the Metaverse which makes it a dangerous place for children and young people – as well as adults. VR policies and various platform policies all state that they prohibit bullying, sexual harassment and abuse but reporting any incidents is challenging and complicated – with many users unaware if their complaints are dealt with.

At this point the metaverse is an immersive environment designed to appeal to children and draw them in with little to no attempt at safeguarding them or moderating content.

Technology is moving forward at an alarming rate and the giants who create tech for innovation and profit seem to have ethical considerations and child protection low on the list.

There are great benefits but also great risks with advances in tech. With this comes greater responsibilities for parents and carers.

So is the Metaverse a safe place for children?

The National Society for the Prevention of Cruelty to Children (NSPCC) in Britain has issued a warning against some applications in the Metaverse, noting that young children in this world ‘may be exposed to pornography and racism’.

Researchers from the Centre for Countering Digital Hate have stated that the Metaverse ‘is a haven for hate, pornography, and child grooming’. Their study showed that users were exposed to harmful content every seven minutes on average.

As always if you have specific questions when it comes to online safety, strategies and tools which can help in your home, you can now book a 1 to 1 online safety parent or carers session with me.  To find out more click here