It seems that now most of the cool smartphone apps are offering some form of disappearing or secret message feature within their platforms Viber messenger has become the latest.

Viber has been around for a while now. It’s a free messaging and call app – similar to WhatsApp and works by connecting Viber users via 3G/4G or WiFi. Viber to Viber calls and texts are free between users and they have the option to send stickers and gifs. Viber can be used on a smartphone, tablet or pc and you can also create group chats with up to 200 other participants. Viber has now reportedly over 800 Million users worldwide with 260 million active monthly users.

It has rolled out a new feature for their messaging app which offers greater encryption to protect their user’s privacy while they talk to their friends. The ‘secret messages’ feature (available on both iOS and Android devices) allows users to have more control of their communication, deciding what should stay in the archives permanently and what should disappear from their conversations with others on the app.

So how does Viber secret messages work? 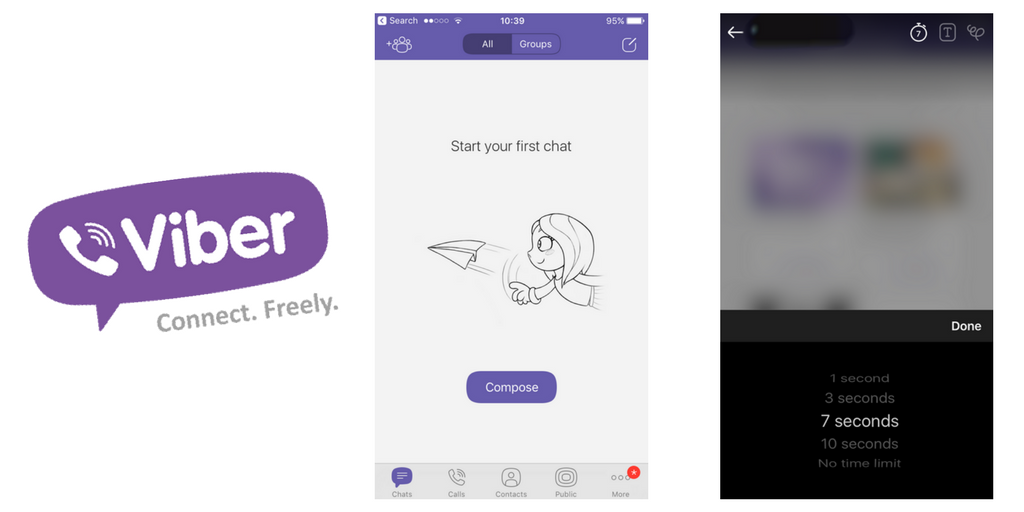 Pretty straightforward. Viber users designate which photos and videos stay achieved in the chat before hitting ‘send’ by setting a custom time they would like the image to be viewed for. After the selected time (1, 3, 7 or 10 seconds) has elapsed both the sender and the recipient can see something has been shared in the chat, but no one can retrieve it. In terms of sharing videos, the video can only be shared once, then it completely disappears from the archive. This feature also works in one-to-one conversations and in group threads within the app.

According to the Viber website blog ‘the secret message will be visible for the time set (or, for videos, the duration of the video) and then it will disappear, without a trace’.

What do I need to remember?

As with other Smartphone Apps offering disappearing or secret messages, it’s still possible for someone with a second device to capture a picture of the message or video you’ve sent. This is crucial. Always remember this and be careful when sending anything which might place you in a difficult or compromising situation. Avoid chatting to people via secret chats – who you don’t really know.

It will be interesting to see if popular messaging App WhatsApp follow next with a disappearing message feature – I reckon it won’t be too far behind…..