VSCO App What do Parents & Carers need to know 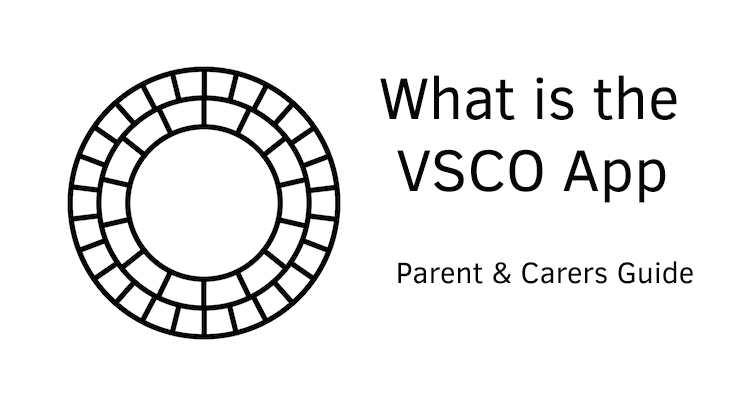 In a nutshell VSCO is a photo editing app, think Instagrammy.

With over 30 million users and growing VSCO is reminiscent of how Instagram started out. The core focus with VSCO is the camera app aspect – when it comes to editing and adding filters to images as well as being able to control  exposure and shutter, whereas with Instagram it’s more about gaining followers and likes on social media. So, unlike Instagram and TikTok VSCO has limited social features. It’s more photography interest or ‘advanced photography’ focussed.   There are no numbers on VSCO to track the interaction of user’s pics. VSCO X, it’s premium service ($19.99 per year) gives  access to loads more filters, additional editing features and tutorials and you can add borders to your pics.  Both have the DM (direct messaging) feature. Some users use both, VSCO X for superior editing and Instagram for reach.

Why Do Teens love VSCO?

VSCO is largely anonymous – you can’t see if a photo is popular or if another user has a large following.  So constant affirmation from having likes and follows is not an issue here. Good call VSCO!

Unlike many of the other apps we’ve reviewed VSCO lacks privacy settings.

For example you can’t make your account private.  So any post uploaded to the VSCO app can be seen by anyone.  Location data is also enabled by default which means users need to go into settings to ‘Privacy’ to change or update these settings to ensure their location is not attached to every upload.  So not one for younger teens maybe who havn’t yet an awareness of why this is risky.

What does the term “VSCO girl” mean?

According to dictionary.com ‘VSCO girl is a term, generally used as an insult, for a young, usually white woman who posts trendy pictures of herself edited on the app VSCO’. Not meant as a compliment.

What to keep in mind for Parents, Carers and Practitioners

VSCO is not one of your more popular apps – nor is it widely publicised. This of course will make it all the more attractive to teenagers and pre-teens. Many of whom are getting a bit fed up with the intrusion of social media in their lives. Not a bad thing 😊.   However teens may be using it without parents’ knowledge as by now it’s probably a well-kept teen secret.  On this app there is a trend where users tend to post riskier images – including photos of themselves dressed in ways parents may not approve of. From our conversations with other parents and safeguarding practitioners VSCO accounts are definitely a bigger issue for girls.  Boys tend to stick to posting alcohol related pictures here.

It’s important that parents still spot-check phones of younger teenagers (with their full knowledge) to help empower them to protect themselves.  Photos on VSCO can be easily accessed by anyone.     Also that default setting is changed to Private so locations are not shown with every photo.