Warning to Parents over SimSimi app 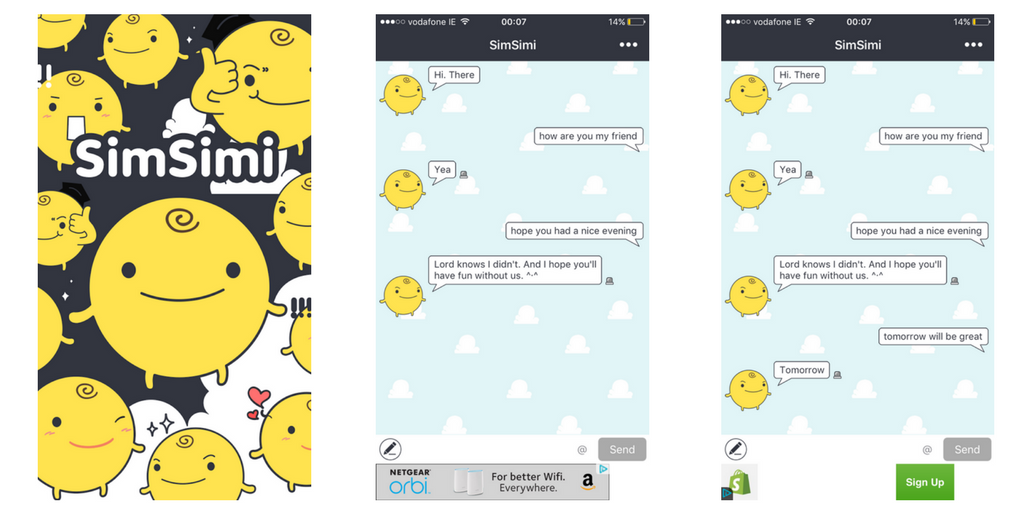 Schools in Ireland have warned parents about an anonymous chat app which has been linked to cyberbullying.

Firstly it’s worth pointing out that this app is not new and has been around since 2012 initially gaining huge popularity in Korea, Thailand and India. However over the past 2 weeks it seems to have made something of a revival amongst students in schools in Ireland. According to reports in the Irish Times schools around Dublin have issued warnings to parents regarding content on the app.

Over the past few days the app has remained very popular in the download charts.

The idea behind SimSimi is that for every sentence you type, Simsimi scans through its own database of responses and then generates a random one. It doesn’t’t learn automatically, but there is a manual entry for teaching it new sentences. We’ll look at the risks involved in this blog post.

Once a response has been generated by SimSimi users do have the option of reporting the response by tapping on the little siren icon to the right of your comments. An onscreen prompt will appear with a question ‘What’s wrong with this? Users then have 4 options:

Once an option is chosen the message is removed from the onscreen chat with a message ‘Report has been completed’.

If you ask SimSimi a question and it’s unable to find a response an onscreen message will appear ‘I don’t know what you are saying…Please teach me’.

You have the option of turning ‘bad words’ on and off.

The concerning part about this is that it would be possible to enter a question about a student – using students name, class or even school and have a rude, insulting or inappropriate message generated about them once the question is asked within the app. This could be then screen shot shared, and posted throughout social media platforms causing further hurt and distress.

According to its creators SimSimi is a super advanced chatting robot that makes ‘amusing conversation’ when you are bored. Simsimi is pronounced Shim Shimi, Korean for ‘bored’. Simsimi will instantly greet you with a cheerful chat. Don’t be surprised by Simsimi’s fast response. It’s a super-duper robot, you know!

From what we have seen when testing Simsimi we did’nt find much in terms of cheerful messages. Most appeared to be rude, insulting or inappropriate in nature. Schools have been warning parents about cyberbullying and inappropriate messages linked to use of the app – an example can be seen below; 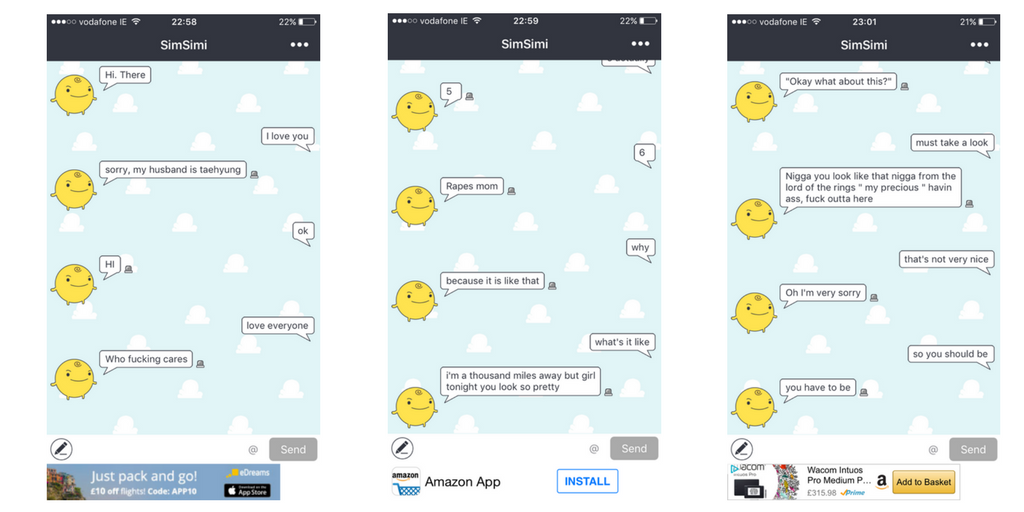 Again it’s just important for users to remember that sharing negative comments about someone can be harmful and distressing and to take the time to think carefully before you post anything on the app. Parents need to be aware of this risk and like the parents in the schools around Dublin in the report by the Irish News, continue the conversations with their children on what is harmful behavior when using apps such as Simsimi and how inappropriate and insulting comments can cause distress to classmates.